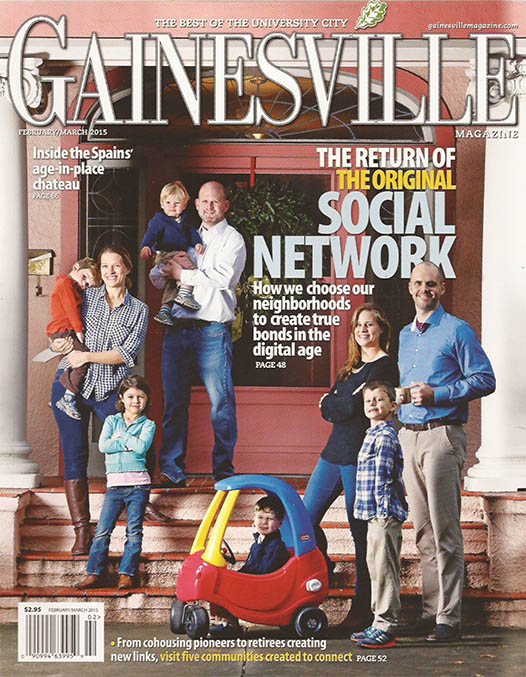 As an editor and staff writer for this award-winning bi-monthly magazine published by the Gainesville Sun, I wrote and edited hundreds of feature articles on the arts, food, fitness, travel, environmental issues, sustainability and more. Most cover articles included a feature-length mainbar and several profiles, like this cover story, which reported  how, in this era of social media, many people have begun turning to their neighborhoods to maintain social connections. 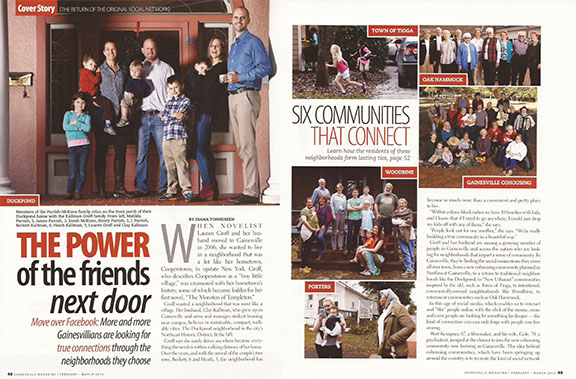 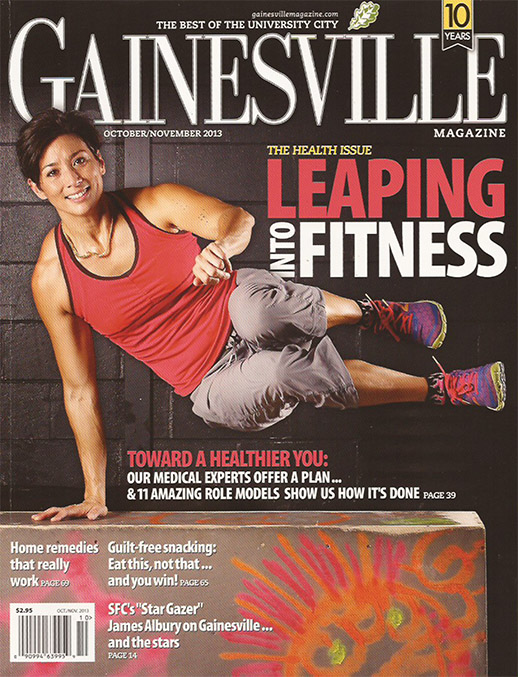 We needed a compelling focal point for the cover story of our fourth annual health-themed issue. When my son turned on the television to watch the “American Ninja Warriors” competition one evening, I found it: “That’s my physical therapist,” he said when Joyce Shahboz stepped up to the platform to compete. 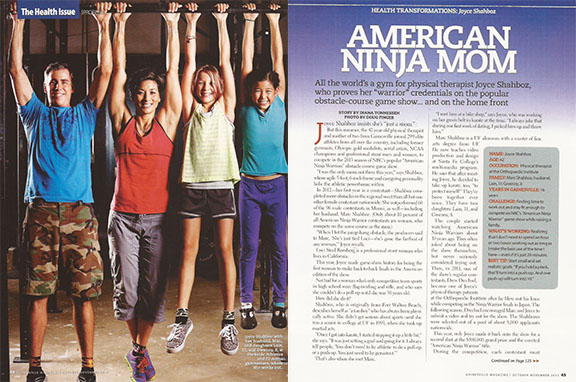 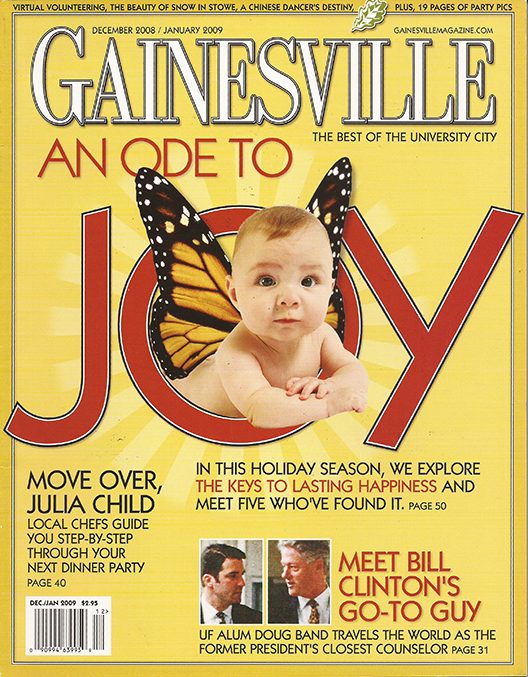 When I was assigned to write a feature-length cover mainbar on the importance of bringing more joy into our lives, for inspiration I turned to the fascinating field of psychoneuroimmunology and the brain neurotransmitters that some researchers refer to as "molecules of emotion."

I had written about this topic before:  In graduate school, psychoneuro-immunology formed the basis of my master's project on mind-body research.  I later used that research as the foundation for a feature article on stress and health, published in Fame magazine.

I found plenty of new fodder for this article, including the discovery of neurotransmitters in the heart, which has long been considered the body's seat of emotions. Apparently, we truly are "hardwired for happiness." 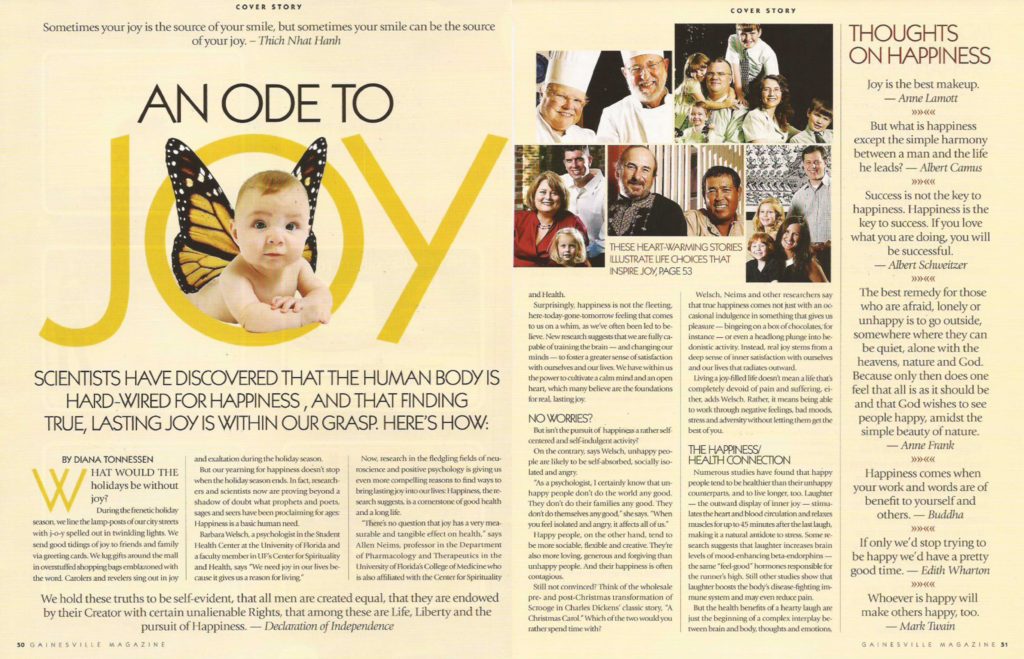 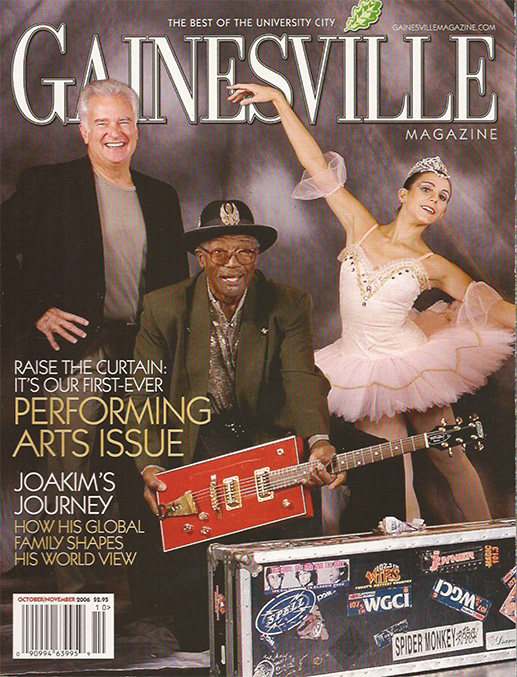 I drew the short straw and was assigned a 500-word story about a teapot collection for the magazine’s Passions column. In my quest to find 500 words worth of interesting things to say, I dug up some research on the history of teapot collecting. (Who knew?) And truth be told, the teapots in the collection were so whimsical and wacky that the story practically wrote itself. 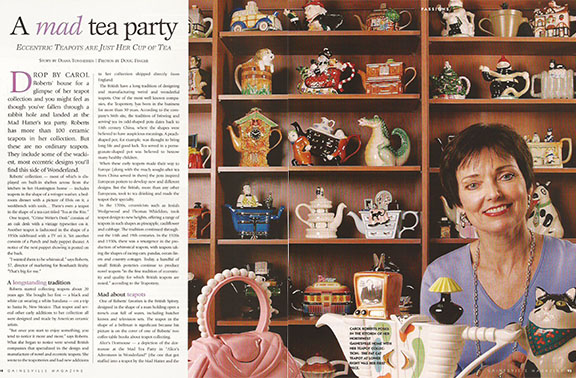